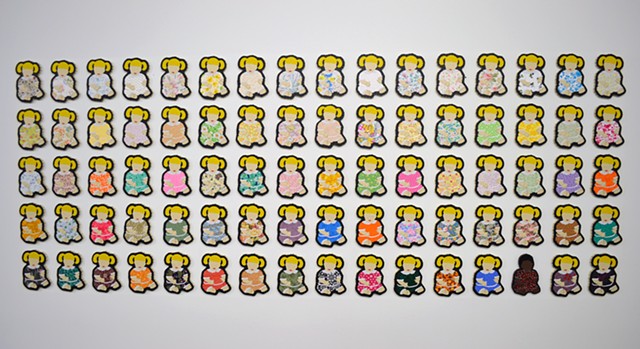 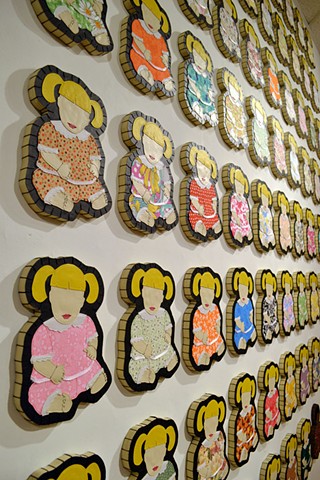 Clark Dolls (Nwanta Olu Ume Umirimanta) is a contemporary interpretation of the well-known Clark Doll experiments conducted by Kenneth and Mamie Clark in the late 1930s and early 1940s. Black American children in both integrated and segregated schools were presented with two dolls—one white doll with yellow hair and one brown doll with black hair. The students were then asked to assign positive and negative attributes to each doll. In both environments, students showed a clear preference for the white doll. The Clarks' findings were instrumental in providing evidence of the negative consequences of racial segregation in the public education system (Brown v. Board of Education, 1954).

The subtitle of the piece, written in the Nigerian language of Igbo, translates in English to "One child among many children." A lone brown doll is placed within the grid of white dolls in an attempt to portray the diminished sense of self-worth experienced by the Black American children involved in the Clarks' experiment.