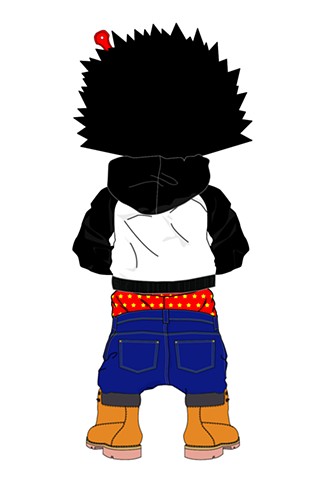 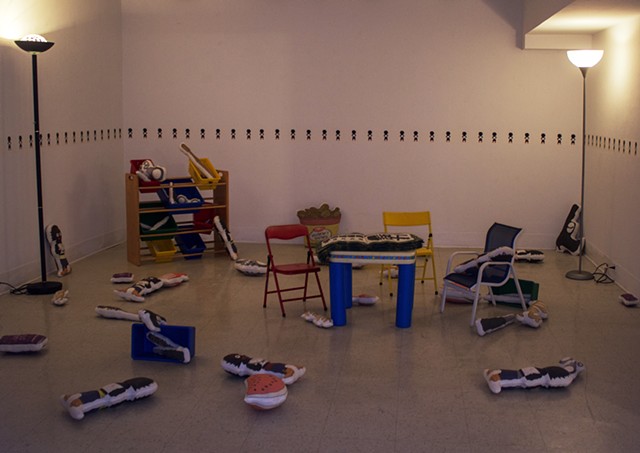 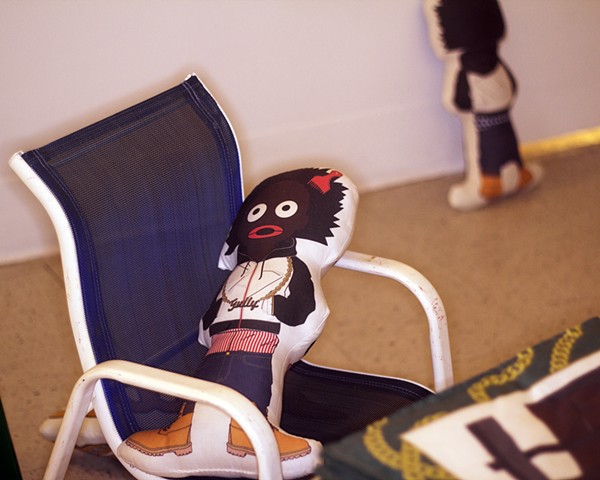 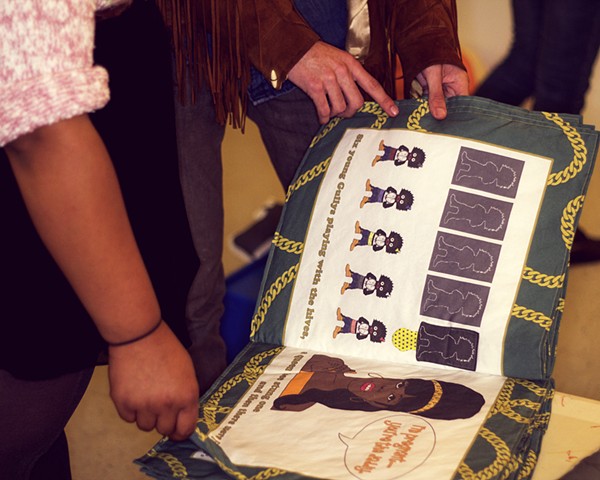 In the Young Gullys series, the Golliwog caricature—historically popular in European culture—becomes an avatar for the sensationalized depictions of young Black men in contemporary society. In the anthology of racist and stereotypical caricatures, the Golliwog is unique: the figure is a caricature of the more commonly known Sambo, a caricature popular in America’s visual history. This “caricature-of-a-caricature” serves to further dehumanize the depiction of Black males in European society.

The images and text used in Young Gullys call attention to this lack of human empathy by creating an exaggerated cartoon of a “typical” Black male: unkempt, donning oversized clothing, and flashing expensive jewelry. I address the cultural stereotypes and societal expectations projected onto Black men from childhood through adulthood; such assumptions include absentee fathers, cycles of violence, and imprisonment. I adopted the term gully to refer to the characters in this series; gully is slang for a streetwise, thuggish, or dangerous person. This installation, styled as a children’s playroom and filled with plush forms and an illustrated book, speaks to the struggle that begins during the formative stages of a Black man’s life and persists into the later stages of life.